The Center was inaugurated on April 16, 2002, the formal ceremony being attended by Prof. Andrei Marga, Rector of “Babes-Bolyai” University, and by Prof. Jean-Jacques Wunenburger, Vice-Rector of Jean Moulin University – Lyon 3 and director of Gaston Bachelard Institute for Imagination and Rationality Research from Dijon, France.

Its functioning was approved by the Council of the Faculty of Letters on April 9, 2002, and by the Senate of “Babes-Bolyai” University on May 20, 2002.

The Center is located on the premises of the Faculty of Letters of the Babes-Bolyai University in Cluj-Napoca.

It has been included in the CRI-GRECO network (Centres de Recherches sur l’Imaginaire), which encompasses over 30 research centers throughout the world.

Since 2012, it is a member of the CRI2i (Centre de Recherches Internationales sur l’Imaginaire).

The modern science of the imaginary was founded at the middle of the 20th century, through the works of Gaston Bachelard, Charles Mauron, Gilbert Durand and other prominent philosophers. Since then, its relevance and importance has constantly increased, especially over the past few decades. The contemporary postmodern society is evolving into a “global village”, in which people from all over the world are provided, via media channels, with information on potentially every single event that takes place on the Earth. Nevertheless, unlike in the traditional village, where the transmission of this information was direct, non-mediated, interpersonal, in the global village the information is indirect, mediated, transformed. The global advertising system, the worldwide movie distribution network, the newspapers and magazines, cable and satellite television, the Internet, all these media no longer supply “perceptive” images of the remote people and events, but only “imaginary” images, processed in offices and studios. These images become liable to carry additional, subliminal messages, having been exposed to ideological or commercial manipulation. Political campaigns and electronic wars, fashions and cultural popularity awards, are only some trivial samples of the way in which received images influence our vision of reality.

As a transitional society, with evolving structures and deprived of confirmed establishment values, Eastern Europe is particularly vulnerable to imaginary manipulation. The Balkans in particular have proved to be a very unstable zone, in which the input of political ideologies has had a devastating effect on the collective mind. All these aggressive messages, which lead or could lead to civil confrontations and war, are mainly symbolic and visual. Neither elaborate programs and strict reasoning, nor linguistic discourses, but symbolic images (flags, statues) and flash media pictures have been the most powerful means of inducing collective psychoses. In order to secure some degree of stability into the public mentality and to avoid outbursts of nationalistic violence, the civil society should develop cultural policies, while academic research should elaborate scientific methodologies that can comprehend and expose the mechanisms of phantasm manipulation.

Phantasma. The Center for Imagination Studies in Cluj is a laboratory for studying the social and cultural imaginary. Its creation starts from the premise that the majority of academic disciplines deals only with our rationalistic and positive ego, but completely ignore our unconscious personality. In order to explore the individual and collective subconscious life, the Center intends to deploy several up-to-date methodologies and approaches (active and participative research, focus groups etc.). Its activity will be very innovative, at least in the Romanian and Eastern European academic tradition, and very profitable for Transylvania and this part of South-Central Europe.

In the postmodern age, research conducted into the imaginary plays a crucial role as regards:

The analysis of the imaginary is a powerful deconstruction device of the ideological, political and social stereotypes and clichés. Aware of the development of today’s world into a “global village”, and starting from the assumption that media images are not perceptive, direct, but “imaginative”, processed, transformed, we intend to analyze images as they are engendered by the written press, by the advertising and movie industries, by cable and satellite television, the internet, etc. Research into the imaginary is essential to understanding the way images affect social groups and collective mentalities, especially in an age when the unprecedented expansion of the visual culture gives vent to a series of subliminal – ideological and political – manipulations of the public.

The practice of the fantasy enables postmodern man to cope with the increasing celerity (Wlad Godzich) of contemporary life. Dangerously exposed to politropy and polychrony, i.d. to the schizophrenic necessity of being aware or even being present to diverse actions that occur in different places simultaneously, postmodern man has to find a way to develop a new and very demanding identity. But traditional logos and rationality offers only the model of an integrated homogenous subject. The reconstruction of a polymorphous and disintegrate subject should use the psychological techniques of the imaginary in order to unite and to keep together the divergent tendencies postmodern man has to deal with.

Imagination studies have developed an entire range of extremely efficient analytical methods and instruments (psychocriticism, myth criticism, archetypology, imagology), which contribute to constructing a hermeneutics of the cultural imaginary from an intrinsic perspective. This approach focuses on the genuine substance of images, symbols, and myths, conceived as well-defined psychic functions. Our long-term project is to combine these methods with active and focus-group research, in order to identify the noumina that generate constellations of artistic images.

The following areas fall within the immediate concerns of Phantasma, involving both staff and postgraduate students: 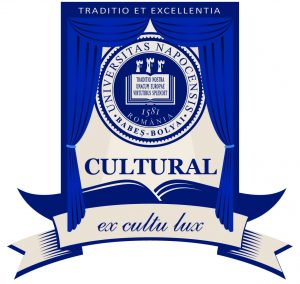